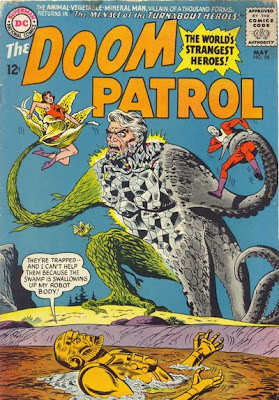 They're trapped, and I can't help them because the swamp is swallowing up my robot body!

And the world is a saner, safer place and we're worse off for it.
Posted by Michael Strauss at 8:09 PM

As I recall,at some point,they defeat this guy by tricking him into turning in to a bear and zapping him...ah,memories...

Hell, I give unliving matter paralyzing guns out as trick-r-treats every Halloween.

Of course, the ray gun then goes into The Hidden Vault of Plot Devices, never to be seen again.