The challenge: Create a foreign team of superheroes who are not terrible stereotypes but still reflect the cultural zeitgeist of the nation they hail from.


The Concordia. Europe's supreme super team, the Concordia are the super human agents of the European Union, tasked with defending the continent from threats both internal and external. Domestic terrorism or alien invaders, the Concordia stands between them and the people of Europe. I'm thinking it's pretty much a classic Avengers-style big action book. 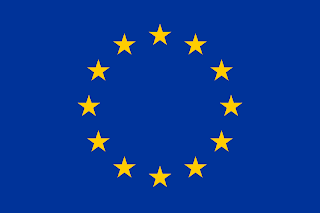 Two siblings represent Germany. They are Frau Trude and Der Froschkonig, the premiere super heroes of Europe. The siblings are typically recognized as the Concordia's leaders and they often take turns as field commander. Frau Trude has the ability to transform anything she touches into wood, hard as ash or soft as balsa. Der Froschkonig's powers are similar. He's a shape changer who can transform himself into any animal native to Germany.

Chevalier is the government appointed champion of France. A member of the Legion d'honneur, he wears the emblem of the Grand Cross in battle. Chevalier is a master combatant, proficient in everything from the rapier to savate. He is a devout French patriot and, unbeknownst to his superiors, a converted Muslim.

Il Driver is the team representative from Italy. He's a replacement for the team's first Italian member, who died on an early mission. Il Driver is able to make any vehicle he operates move at super speed. Unfortunately, his speed powers do not work unless he's in contact with a vehicle of some kind.

Donar, the Stormbringer hails from the Netherlands. He has absolute control over the weather and wears a pair of mystical iron gloves, which grant the wearer great strength.

Doktor Allwiessend is Luxembourg's premiere scientific mind. His fast scientific knowledge is augmented by his precognitive talents. With few combat oriented skills, the good Doktor serves the team in more of a support role.

These are the founding members of the Concordia, admitted based on the founding nations of the European Union. The team's membership has expanded in recent years to include the next round of EU admissions with Demark, Ireland and the UK.

Red Macha, protectress of the Republic of Ireland. She's the reincarnation of the first queen of the Celts, and possesses all of the speed, strength and stamina of the fiercest warrior woman in Irish history. As long as she wears the Emain, the Broach of Macha, no physical weapon can harm her.

The Jutlander is Denmark's entry into the Concordia. Few can resist the Jutlander. Cloaked in black and employing an array of classical Viking weaponry, the Jutlander's greatest weapon is his indomitable will.

The Lion of Britain. Over the years many men have held the mantle of Lion of Britain. When the time comes, the monarchy selects a successor from amongst the most capable subjects of the realm. The current Lion is Henry Thorpe, a highly decorated agent of MI-5. Thorpe wears the red and blue cowl of his predecessors and carries the quartered shield of England's royal coat of arms as defender of the realm. What would the queen mother think of his illicit affair with Red Macha?

Future roster additions would follow the order of admission to the EU until each member nation is represented.

I didn't select today's topic but I think with an afternoon to work with I rose to the occasion.
Posted by Michael Strauss at 2:35 PM